I would like to talk about bullies and how to deal with a bully. On my show for BBC Radio York, BBC Radio Humberside and BBC Radio Sheffield back in 2014, I discussed a variety of topics pertaining to our mental health. How to deal with a bully is just one topic of many. The idea is to open the can of worms be it bullying, cancer, depression etc to get people discussing the subject and sharing their own personal stories.

On October 19th this is some of the audio from the show relating to how to deal with a bully.

Here also are copies of some of the messages sent into the show regarding individuals own stories and recollections of how to deal with a bully.

“I have been been a victim of bullying before when I was in a previous job, the way I looked at it is the following: Bullies often pick on someone they think they can have power over. They might pick on someone who will get upset easily or who have trouble sticking up for themselves. Getting a big reaction out of someone can make bullies feel like they have the power they want. Sometimes bullies pick on someone who is smarter than they are or different from them in some way. Sometimes bullies just pick on a someone for no reason at all. Sometimes bullies know that what they are doing or saying hurts other people. But other bullies may not really know how hurtful their actions can be. Most bullies don’t understand or care about the feelings of others. Some bullies come from families where everyone is angry and shouting all the time. They may think that being angry, calling names, and pushing people around is a normal way to act. Some bullies are copying what they’ve seen someone else do. Some have been bullied themselves. Some bullies are looking for attention. They might think bullying is a way to be popular or to get what they want. Most bullies are trying to make themselves feel more important. When they pick on someone else, it can make them feel big and powerful.”

“This is the best way to deal with bullying – don’t get even, get positive! ”

“While I was working at a camp in America I found the best way to deal with bullying was to call it out – shaming the bully. I put this into practice in the UK when whilst on a course at university a lecturer made fun of a student in front of the entire class while he was out of the room. I was so shocked I didn’t say anything at the time but afterwards I asked if I could have a word and then explained that what had just happened in class was bullying – she just responded with uh-huh. It was disgusting behaviour and a terrible example to the students. The guy was strange but needed support in his studies, not ridiculing. She didn’t do it again. Together we can stop bullying.”

“I was bullied mercilessly in 1970 when I went to my new school both mentally and physically. Fortunately the people who did the bullying made a wrong move and were found out but it never left me.I still have some great friends from those days who I talk to both in person and on Facebook and none of those were part of the badness I suffered. In later years I was bullied by the worst kind. Dave’s last two sentences tell the story.It was “the bully who didn’t think he/she was a bully”. This person was forgiven but the period has never been forgotten. My heart goes out to all who suffer this. Please don’t bottle this up and stay quiet. Someone will listen.”

“I was always bullied because of my eye, it used to effect me but then i got to the point where i realised if people had a issue with me, it wasnt my problem, it was theres. Then if all else fails i joined karate lol not only did they back off, but without them i wouldn’t be 2nd dan black belt nor would i of been the great britains champion at 16. Or even started my own club (which i hope to re open soon!) everything happens for a reason. Make a bad situation have a happy ending. Without the bullys i wouldn’t be were i am today. (not that im saying its ok to bully) x”

“I have experienced bullying as a child at school but would never have believed that as a mature woman I would encounter the worst bullying I have ever experienced from the most unexpected source, I have been bullied by the pastor and leadership team of my church, expelled and sent to Coventry, people who I believed to be my christian family have abandoned me, why? Because they don’t know how to support a battered and abused wife so getting rid is the easiest option, what a Christian thing to do, I think not!

I also think talking openly about bullying empowers and helps us thrive ! Grow into what we are meant to be , never keep quiet about being bullied as it gives them power over you ! It doesn’t matter how old you are! My little story hadn’t ended yet but I am not going to be made to feel I am in the wrong , yes I am not perfect but in my friendships I accept people the way they are and I don’t try to change them , when my church did this it made me very tearful for weeks as I had been attending this church since I was 10 years old , but since this happened a good friend introduced me to some new friends which actually has put me in a better place. I have been empowered by this , but never keep quiet about being bullied”

“One of the main thing I think is important is to empower young people to speak out. I kept quiet for many years as I was afraid that no one would believe me and still haven’t ever told anyone some of the things that happened. Although I did eventually stand up to this person, it has left me with issues that still affect me day to day.”

“I was often bullied at school, but I rose above it and refused to go down to the gutter level of the bullies. Why some people feel the urge to resort to violence is beyond me. They say a bully is always a coward, and I agree. When you’re scared of another person, you’re probably not feeling your bravest. But sometimes just acting brave is enough to stop a bully. Stand tall and you’ll send the message: “Don’t mess with me.” It’s easier to feel brave when you feel good about yourself. If you can, try your best to ignore the bully’s threats. Pretend you don’t hear them and walk away quickly to a place of safety. Bullies want a big reaction to their teasing and meanness. Acting as if you don’t notice and don’t care is like giving no reaction at all, and this just might stop a bully’s behavior. It is best to not hit, kick, or push back to deal with someone bullying you or your friends. Fighting back just satisfies a bully and it’s dangerous, too, because someone could get hurt. You’re also likely to get in trouble. It’s best to stay with others, stay safe, and get help from someone else.”

Number of items in basket: 0 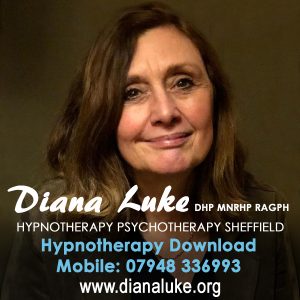